Anyone looking for a low caffeine alternative to coffee will always go for decaf first. But what if I told you there’s a naturally low-caffeine coffee and what is laurina coffee? Of course, I’m not. … 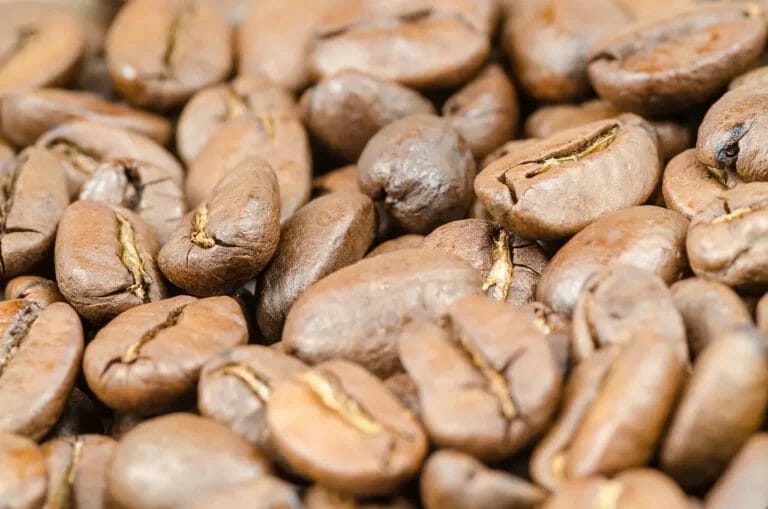 Anyone looking for a low caffeine alternative to coffee will always go for decaf first. But what if I told you there’s a naturally low-caffeine coffee and what is laurina coffee?

Of course, I’m not. Laurina is a naturally low caffeine coffee with the health benefits of regular coffee. What more could you ask for?

Laurina coffee plants are a mutation from the bourbon variety, grown on the “Laura bush.”

Laurina coffee plants originated back in Ethiopia, but it’s being cultivated in many other parts of the world. A few of them include:

The History Of Laurina Coffee

Bourbon pointu is considered the same as Laurina by agronomists. Bourbon refers to where it was first found on Reunion Island, a French overseas territory in the Indian Ocean formerly called Bourbon in the 18th century.

When Laurina Coffee Was Discovered

The origin of the Laurina coffee plant, Bourbon Pointu, was recorded to exist as far back as 1711. The record was made by an East India Company secretary when they were on a trip to Reunion Island.

Arabica coffee was taken from Yemen to Reunion to be cultivated. But the climate of Reunion was so unique that the coffee plants took up an identity of their own, and it mutated from Arabica Bourbon to Bourbon pointu.

The name “pointu” has its own significance too. The word “pointu” in French means “pointed.”

In the case of Bourbon pointu, the tree looked like a Christmas tree that had rounded leaves. The fruits were just as pointy, as the name suggests. However, the beans had a more elongated shape.

One of the first cultivators of Laurina coffee died back in 1770. Before that, the coffee was called “Café du Roy.” After the French Revolution, coffee was renamed “Café Leroy.”

The highest production of Bourbon pointu was recorded at 4,000 tones back in 1800. But, coffee went nearly extinct by the end of the century. The 2 main reasons behind it were:

Napoleon III came in as the savior of Laurina by taking over the Oceanian archipelago. After the invasion, the coffee was introduced to New Caledonia by the Marist Brothers. Their community was founded in Lyon, France, and was a part of the Catholic Religious Institute of Brothers.

In 1911, Coffee specialist Paul Joblin contacted the colony and established a company called Havre Calédonienne. The company’s objective was to run marketing campaigns for Leroy coffee in Mainland France.

Paul discovered that Leroy coffee was sold in Paris after shipping from New Caledonia. So he simply decided to join in on the hype train of this new, exquisite coffee.

Bourbon pointu went strong for almost 40 years, known as the “Golden age” of Bourbon pointu. Then, however, the happy hours came to a sudden halt when the coffee leaf rust attacked all New Caledonian crops.

The last recorded cargo of Bourbon Pointu sent to mainland France was back in 1942, and the shipment had only 200kg of coffee. It almost seemed that all hope was lost, along with Bourbon Pointu. But Bourbon Pointu was bound to make a return, and this wasn’t the end.

When Laurina Coffee Was Discovered (Again)

Yoshiaki Kawashima was the eldest son of a wholesale coffee roaster in Japan. He heard about Bourbon Pointu in the 1970s, at the National Coffee Research Institute in El Salvador, while he was studying abroad.

He always had an endless curiosity about rare and mysterious coffee varieties due to a lack of information. So after hearing about Bourbon Pointu, he made it his goal to find this coffee and set out to do so.

Kawashima Joined the UCC Ueshima Coffee Co. Ltd. in 1981. While there, he established multiple coffee plantations in Indonesia, Jamaica, and Hawaii. Then he set out to gather beans or seeds for the Bourbon pointu and made a business trip to Reunion Island in 1999.

When he reached the island, he felt nothing but disappointment, as he saw that the island had fallen from its grace, where it was a fantastic coffee-producing region once.

The coffee culture of the island was so far gone that even most of the island residents didn’t know about the history of their coffee, and it went as far as someone leading Kawashima to the local supermarket when he asked for coffee.

Kawashima didn’t want to give up because he knew it was out there somewhere. So he kept interviewing various plantation owners and municipal officers one after the other in hopes he’d find a clue.

After two years of relentless pursuit, he found news about a veterinarian who had found 30 Bourbon Pointu plants in the wild, and it wasn’t extinct.

That’s all Kawashima needed to get back to work in full force. He devoted the next 8 years of his life to re-cultivate and introducing Bourbon pointu plants to the mainstream coffee market.

While Kawashima was working on the beans he found, researchers found more Bourbon Pointu plants in Creole gardens, and the plants were surviving there for decades at this point.

Creole gardens are agroecosystems that are common in Reunion Island. These systems are used for producing fruits and vegetables, and the ecosystem is highly diverse.

Researchers spent five years trying to find the best strain of the coffee, and they found 27 potential varieties in 2003, which they planted right away. Then the researchers made their first harvest in 2006.

The first packet of the product was sold in Japan, made out of two tonnes of green coffee. Right after the product hit the market, It had a tremendously positive response from all the tasters.

Laurina coffee won the distinction of premium coffee in 2007, awarded by the Specialty Coffee Association in Japan.

While Kawashima was busy researching and harvesting Laruina coffee from Bourbon Pointu, Edgardo Alqipzar found a few Laurina coffee plants in 2002. He was an undergraduate in agronomy, coming from Costa Rica.

Alqipzar took 2 Laurina plants and planted them on his family farm, Santa Eduviges, in Doka Estate, Alajuela, for a test harvest. Though his plants provided a decent amount of coffee beans, they struggled to survive because of low caffeine content and constant pest attacks.

But Alqipzar wasn’t done yet. He carried out multiple tests by sowing the seeds at high altitudes. He started at 1400 meters (4600ft) above sea level. After a lot of testing, he got 80 different plants, of which he chose only 17.

Alqipzar produced a decent amount of Laurina to send samples to multiple coffee roasters by 2006. And to his amusement, every roaster who received the samples loved the coffee.

In 2018, Alqipzar sent the samples to France’s Center For International Cooperation in Agronomic Research for Development (CIRAD).

Doka Estate is producing Laurina coffee even today, thanks to Alqipzar’s testing. You can even find them available for purchase on the estate’s website.

Every coffee roaster who deals in Laurina coffee roasts the bean to perfection, so you can get the most of its taste. Even right after going through the wash process, Laurina coffee tastes sweet like brown sugar/cane sugar and has near-zero bitterness.

Laurina coffee has an earthy floral aroma and a rich body. The exterior of the coffee has a creamy feel. The flavor has hints of strawberry, kiwi, and vanilla. Some coffee experts also found fig, walnut, papaya, and tarragon tastes. It’s almost as if you’re drinking a coffee version of fruity pebbles, except the pieces.

Laurina is far sweeter with low yet bright acidity that can be described as “juicy” compared to other Bourbon coffees. As for the caffeine count, it’s even lower than most coffees that are decaffeinated by artificial processing.

The flavor of Laurina coffee depends on three major factors:

Having fun Nomies? Check out our piece on what is liberica coffee.

Since there’s a lot of fuss about Laurina being low-caffeine, let’s look at how low-caffeine the coffee actually is.

According to US regulations, coffee has to be 97% free of caffeine to be considered decaf, and according to EU laws, the amount is 99.9%.

Let’s look at the list of how much caffeine there is on each brewed coffee type.

So, in short, Laurina coffee contains enough coffee to keep you up after a morning caffeine intake, but not as low as to feel like it’s lifeless, just like decaf.

As a specialty coffee, it’s not a surprise that Laurina coffee will have a high price tag. Each kg of this coffee costs around $36, and specialty versions of this coffee have sold for around $200.

Why Is Laurina So Hard-To-Get?

Laurina coffee’s rarity comes from being naturally low-caffeine. Unfortunately, the production is also a pretty expensive ordeal, which hikes the price up higher.

Since Laurina plants have been low on caffeine (which is a natural insecticide) since the beginning, it makes them highly vulnerable to insect attacks and other coffee plant-related diseases, like coffee rust. As a result, this sensitive plant has a lower chance of survival than other caffeine-heavy plants, like Robusta.

What Makes Laurina A Specialty Coffee?

Laurina coffee has the most unique properties compared to every other variety of Arabica beans, setting this coffee apart from all the others. Also, the point that this coffee bean has the least amount of caffeine cannot be stressed enough.

Due to its unique properties as a coffee bean, the coffee produced from Laurina coffee also offers a unique taste that many coffee testers approve of as something only specialty coffee beans can deliver.

The flavor doesn’t come from the production alone, though. The way Laurina coffee is processed also plays a massive part in building up the unique flavor profile of Laurina coffee.

Laurina coffee is produced in shades, making the bean flavorless. In addition, the processing of the bean is slower than usual, which helps keep the beans flavorful even after processing. The best part of it all is, Laurina coffee is a certified organic coffee.

We would be happy to say yes here, but statistically speaking, Laurina coffee isn’t good enough to replace decaffeinated coffees.

Though it’s a coffee with a low caffeine count, even without the extra decaffeination process, it still has a low production scale, which is not enough to supply the need of decaf drinkers all around the world.

The production price of the coffee makes the price of this coffee impractical while limiting the total volume of the production. Even when you consider chemically processed decaf coffee, Laurina coffee is still more expensive than mainstream decaf coffee.

Had fun reading? You’ll love to read our piece on what is cafe de olla.

Laurina coffee’s specialty coffee status is well deserved due to its exquisite flavor profiles and low production. Still, if you manage to get your hands on this fine coffee variety, enjoy your cup of coffee to the fullest.

How Does Laurina Coffee Taste?

Many coffee experts have expressed that it tastes like fig. tarragon, walnut, Hobnob biscuit, and papaya.

How Does This Low Caffeine Coffee Compare to Decaf?

Laurina Coffee is way more satisfying than other low caffeine coffee varieties. But due to its rare availability, decaf works better.

What’s So Special About Laurina?

It’s unique because of its strong and aromatic flavor and a low amount of caffeine, a natural attribute present in the coffee tree itself.

What Is Low Caffeine Coffee?

Low caffeine coffee means it has a low amount of caffeine per serve or per bean.

What Is Bourbon Pointu?

Laurina coffee is also known as Bourbon pointu, one of the more popular Arabica varieties.

What is Cafe de Olla? History, Recipe, And More

Everything About Turkish Coffee- The Symbol Of Turkish Culture