What is Liberica Coffee: History And Origin Of The Rarest Coffee

Arabica and Robusta coffee beans have been the hype of the coffee community for decades now. But what about the rarest coffee of them all, the Cafe Liberica? Aren’t you curious to know about the … 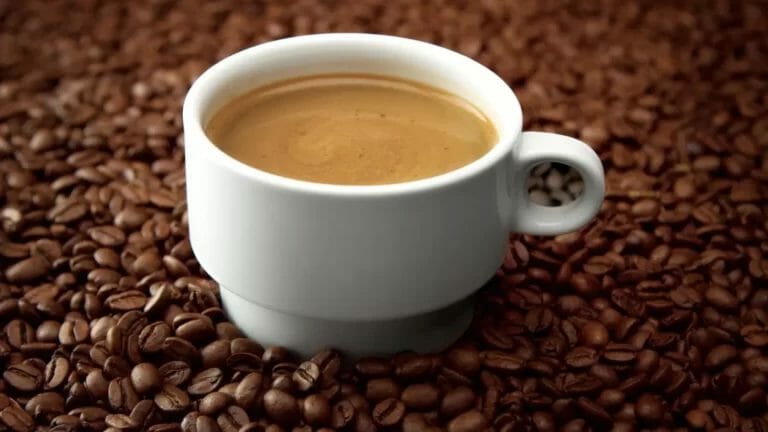 Arabica and Robusta coffee beans have been the hype of the coffee community for decades now. But what about the rarest coffee of them all, the Cafe Liberica?

Aren’t you curious to know about the coffee that is barely recognized by many and a coffee that’s so rare it’s almost extinct?

Today, we’re going to discuss in detail this rare delicacy along with its history, origins, and about its future.

Where Liberica Coffee Is Grown

The name of the coffee came from the birthplace of Liberica, Liberia, which is a country on the West Africa coast. But nowadays, Liberica is mostly grown and consumed in Southeast Asia.

The countries that produce the most Liberian coffee within this region are Indonesia, Malaysia, and the Philippines. Among these three, the Philippines takes the crown for the highest growth of Liberica coffee in the region, almost 70%.

Liberica plants are really picky with the climate it grows in, so this coffee was rare to begin with. As a result, Liberica beans only account for 2% of the entire world’s coffee consumption. It’s not just that the trees grow in rare conditions; harvesting and processing Liberica beans are tough to work for coffee professionals.

The history of Liberica consists of a lot of speculation, but most of it has information and references as a backup. But hey, as long as we get to read through an interesting bit of coffee history, amirite?

Though it’s known for sure that Liberica started its journey from Liberia back in the early 18th century, the speculation revolves around how Liberica beans found their way to the Asian subcontinent from Africa.

Another speculation is that the French, the Dutch, or the Spanish colonists introduced Liberica beans to Southeast Asia when they came and settled in. It’s also believed that European settlers influenced the coffee habit of the population of Southeast Asia by introducing Liberica to them.

But as the details remain foggy and unclear about how they arrived there, research indicates that Liberica coffee beans were highly popular until the 1880s. Still, the reason was a disease and not the hype for a new coffee type.

Around 1890, a coffee leaf rust epidemic hit worldwide, which cleared out almost 90% of all Arabica coffee plants from the world. To prevent diseases, coffee farmers decided to focus on coffee with high resilience to diseases, and many settled on producing Robusta coffee beans instead.

However, the Philippines went one step ahead of the game and decided to produce Liberica coffee instead. They found out that Liberica coffee trees are much more resistant to coffee leaf rust, the pandemic that encouraged the switch in the first place.

Growing Liberica plants in high temperatures and low altitudes is much easier than Arabica, and even when Liberica is low on caffeine, the insects can’t damage the coffee beans anyways. Why? Because the skin of Liberica coffee fruits is much firmer than usual. So you can see why the Philippines chose this coffee over the more popular ones.

From there, both the coffee’s fame and the coffee beans spread all over other Southeast Asian countries. But, of course, you don’t exactly need a giant cargo ship to carry a few beans around, so it wasn’t challenging.

After World War II, the Philippines gained its independence, but America lost a considerable portion of the coffee supply. To battle the competition, the United States sanctioned restrictions to limit the supply of Liberica coffee.

After the restriction, Filipino cultivators were facing many difficulties to compete with their Liberica production on the global coffee market. By the time the restrictions were removed in the 1950s, it was too late since Arabica was back to being the most popular coffee.

But that didn’t stop the Philippines from being the largest Liberica coffee producer, even in this day and age, since the Southeast Asian hot climate is ideal for the optimal growth of Liberica beans.

Having fun Nomies? Learn more from our piece on coffee producing countries.

What Sets Liberica Apart From Arabica and Robusta?

Even if we disregard all the other proof, the price tag and rarity should tell you enough about Liberica’s difference from Arabica and Robusta.

But yes, the differences in the properties of these three coffee types are visible to the naked eye, so you can tell them apart really quickly.

Since A Liberica coffee cherry is bigger than Arabica or Robusta coffee cherries, the beans produced from these fruits are also larger than the two.

The shape of Arabica beans is elliptical, while Robusta coffee beans have a more circular shape, which sets coffee Liberica as the coffee bean with the most unique shape.

Liberica is known as the “coffee with the lowest caffeine content.” This is because Liberica contains significantly fewer caffeine content than Arabica and Robusta beans.

How Much Caffeine is in Liberica Coffee?

If you consider 100g of each type of beans, Liberica contains the lowest caffeine of the three major coffee types available.

Liberica coffee might be low on caffeine, but it compensates for the low caffeine count with its distinct and robust flavor profile. The aroma of the coffee also sets it apart from everything out there. It’s so good that the price tag is worth it.

The coffee can contain a bold and earthy taste, which gives the coffee a heavier kick despite having low caffeine. The coffee is well known for its woody and smoky flavor while maintaining floral and fruity notes. The smoky taste is so strong that some coffee aficionados describe it as “liquid tobacco.”

The flavor and smell are so strong and “macho” that the people in the Philippines call it “Kapeng Barako,” which translates to “manly coffee.”

It has a nutty and smoky aroma, and the brewing process will almost make you feel like you’re processing dark chocolate from the smell. The smell can sometimes even resemble an actual tobacco plant.

Due to the unusual flavor profile of this coffee, Liberica is considered an acquired taste. The aftertaste of this coffee is stronger than the taste you find at first, which may not be a thing for most coffee drinkers. But those who do get used to the taste don’t want to go back.

Though the price of Liberica beans doesn’t seem insanely high like the other fancy brands out there, the cost is still sure to surpass any regular coffee.

A single bag of Liberica coffee can cost you anywhere from $8-$16, and that’s without counting the handling and shipping cost of the beans. If you want the best Liberica coffee experience, you’ll have to order the beans directly from Indonesia, Malaysia, or the Philippines.

How Liberica Coffee Became A Luxury

Even a decade or two ago, Coffea Liberica was considered a regular commodity-grade coffee, not the luxurious drink we know today.

There was a time when Liberica beans sold very poorly. So much so that farmers had to mix the beans with Robusta beans to sell them.

The amount of effort put in by the Philippines ‘ authority to get Liberica popular back again is astounding. In 2001 and 2002, many coffee farmers were paid handsome amounts to sort and identify Liberica coffee beans from the mixes, which started a movement. And when these sorted beans were roasted, ground, and brewed, many people started seeing the appeal in the taste of Liberica coffee.

Liberica coffee started gaining popularity in Indonesia and Malaysia, where it’s a part of the routine for the majority of the Muslim population to drink coffee often after prayers. After years, today Liberica holds a firm place in the Asian coffee market and has become a luxury item worldwide.

The demand for Liberica is pretty high among the coffee enthusiasts of the Middle East, which is very interesting.

But even when the demand stays high, Liberica coffee is becoming more and more rare every day.

The question can be answered with both yes, and no. Liberica coffee is still largely being cultivated, so it’s not going away anytime soon. Instead, what’s going extinct, is the single-origin qualities of the wild variants of the coffee.

Climate change is constant, and deforestation is only increasing the overall pace of this process. Since Liberica plants need specific climate conditions to survive, climate change is affecting Liberica and the two more popular variants.

Another reason Liberica is considered “extinct” is that the coffee farmers are trying to hybridize the cultivation process. This process produces a subspecies of the original Liberica. This plant is smaller, and the hybrid coffee crops are easier to harvest.

The hybrid coffee tastes a lot different from the authentic Liberica coffee, and not in a good way. Hybrid coffee has a lesser variety of tastes and aroma.

But still, many farmers are headed towards cultivating the hybrid Liberica rather than the purebred Liberica, making pure Liberica coffee even rarer than before.

Recently, coffee rust disease has raised its head up again, which has taken another massive toll on Liberica’s coffee cultivation process. The only positive light insight here is the efforts made by the Philippines Government to ensure that our future generations of coffee lovers can enjoy this fine coffee as well.

Though it’s tough to find authentic Liberica in today’s market, and the price is absurd when you do, the flavor and the overall coffee experience make up for every penny you spend after it. So if you’ve already got yourself a bag, enjoy your coffee.

Had fun reading? You’ll love to read our piece on what is unfiltered coffee.

Where Can We Find Liberica Specialty Beans?

If you want a taste of Liberica beans, you will need to order the beans online, as you can only ship them in from the countries they are produced.

More coffee farmers have moved on to hybrid Liberica cultivation, which is putting the original Liberica beans in danger.

Which Country Do the Best Liberica Coffee Beans Come From?

The best Liberica coffee beans currently come from the Philippines.

Why Is Liberica Not That Popular?

Liberica first dropped out of the spotlight of the coffee industry after the heavy restrictions placed on circulation of coffee after World War II and has struggled to compete with Arabica and Robusta beans ever since.

What is Unfiltered Coffee? (Coffee Without Filter Explained)

What is Cafe de Olla? History, Recipe, And More