We all know about the Latter Day Saints (LDS), commonly popular by the term “Mormons.” We also know that they don’t drink coffee or tea. But we don’t remember reading about any restrictions about coffee … 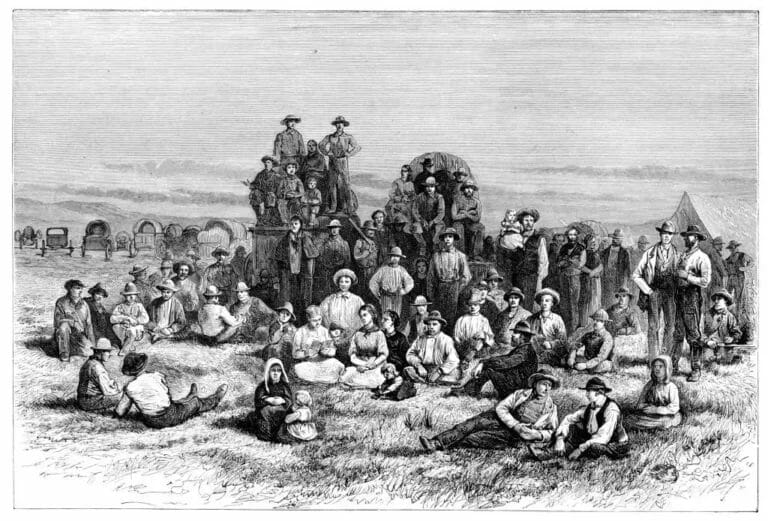 We all know about the Latter Day Saints (LDS), commonly popular by the term “Mormons.” We also know that they don’t drink coffee or tea. But we don’t remember reading about any restrictions about coffee in the Bible! So what’s the reason behind them not taking in this delicious drink? Let’s take a more detailed look at why Mormons don’t drink coffee and the modern interpretation of this rule.

There are two possible reasons:

Surprisingly, neither is accurate. So without making wild guesses,

Origin Of The Idea

Joseph Smith is considered the first Mormon prophet who received teachings from God and Jesus Christ and relayed them to the masses later on. Joseph Smith was given the responsibility to re-establish God’s church.

Back on 27th February 1833, Joseph Smith taught God’s law of health through The Word of Wisdom, the knowledge of which is considered logical and legit in the eyes of modern science. Therefore, the word of wisdom is considered “Treasures of knowledge,” and the Mormons believe it can lead happier lives.

A few rules regarding food in this book are:

But don’t they consume alcohol in parties, which can potentially violate the rule?

When Mormons drink at a social gathering, it gives them a better chance to drink alcohol in moderation, where it’s not causing any real harm to anyone.

Now, coffee isn’t exactly named outright in the Lord’s law of health, but it does forbid “hot drinks,” which coffee falls under.

Makes you wonder if cold coffee has a chance here, doesn’t it?

But what’s with the hostility with hot drinks? I mean, they could theoretically “burn” you, so that’s a problem.

Jokes aside, modern science has shown that hot drinks can actually do more harm than good, so prohibiting hot drinks was a choice that turned out to be logical in the end.

Another reason is related to history. If you take a good look at Mormon literature, you can find that they were packing coffee and tea for travel even after 1833 since it was considered a must-have traveling item.

Coffee, tea, and alcohol were common commodities at trading posts, which were led by mostly non-Mormons. So the Mormons decided to give up on these elements altogether to separate them from the non-believers.

Their stand against coffee got stronger when the Mormons moved to Utah to escape religious persecution. But unfortunately, due to a very low population there at the time, coffee wasn’t available there at all.

Having fun Nomies? Check out our piece on truth about vegan coffee.

How The Narrative Fits The Modern Times

As we can see from the past history, the law of health forbids any kind of “hot drinks,” but there are loopholes here too.

Coffee and tea are forbidden, but hot chocolate and herbal tea are valid since they’re not harmful to the body and mind.

To understand this exception, we need to look at the book itself. Specifically to Doctrine and Covenants 89:8-9, where the prohibition of hot drinks is mentioned. Modern Church leaders have explained that these hot drinks mean coffee and tea.

Updated through the current world status, the prophets and apostles of the Mormon belief have clarified that it’s less about hot drinks and more about addictive substances, which caffeine can easily cause via tea or coffee.

The official guidance even suggests not heading to a coffee shop or ordering any kind of coffee. The church also recommends its followers avoid anything made with tea leaves, regardless of the drink being hot or cold.

Is Caffeine The Issue Here?

Now that we know the motivation behind the church doctrine, it’s easy to think that caffeine is the main reason these drinks are banned since caffeine can cause problems and provide benefits.

But in the law of health, the WHY behind the ban isn’t explained, just that it’s prohibited. Just like the Biblical time when eating pork was prohibited for a certain time without an explanation. The reason wasn’t mentioned in the book, but it was expected to be followed by all the believers.

Since Mormons believe that their prophet receives revelation for God, they happily oblige to the commandments without asking the reasons behind it.

It’s Not Just Coffee That Gets The Boot

As we mentioned, the old, hard-line LDS members won’t even visit a coffee shop, and tea is, of course, out of the question.

But it’s not just tea and coffee that is taken out of the equation by the church. Many drinks and food are prohibited just because of being associated with caffeine.

But recently, it seems to be falling by the wayside since the younger generation is leaning towards coffee, tea, and other food items more and more. But that’s something we’ll discuss in a bit.

If Not Coffee, Then What?

If Mormons can’t enjoy coffee, what do they even drink?

Even when you take the caffeine out of the food menu, there’s a wide array of drinks that Mormons are allowed to enjoy, such as

Caffeine-infused drinks create a habit of drinking the same drink regularly among humans, which the Mormon faith is trying to break out of. Some hardcore Mormons reject hot chocolate since it has caffeine and can lead to habit-forming.

Hey, Check out our piece on is organic coffee worth it. You’ll love it.

Postum is a coffee substitute drink made from roasted wheat bran and molasses. Though the drink has zero caffeine, it’s still a drink full of nutritional benefits that can provide a decent energy boost.

Postum was developed by the Post family, who was popular for creating cereals. The franchise was discontinued back in 2007. Eliza’s Quest Food purchased the brand afterward in 2013 and continued to make it available in selected grocery stores and online delivery.

Are All Mormons Against Coffee?

Despite the tough stand against coffee, the survey reveals surprisingly different results than what you usually see.

“The Next Mormon Survey” taken back in 2016 revealed some shocking results, which showed that only 45% of the entire Mormon population (which is 1.6% of the total population of the US) stayed away from everything that is forbidden according to the law of health.

But the biggest change you can see among the latest generations of followers, who are less strict about following these rules. The survey shows that 40% of millennials and Gen X followers had a cup of coffee within six months of the survey taking place.

38% of all the respondents of this survey had also consumed at least one of the forbidden substances within six months of the survey:

The survey proves that later generations are softer when adhering to the words of wisdom provided by the law of health. It’s shown that 52% of Gen X members of the society didn’t think it was not necessary to follow all the orders.

If the younger generations get softer about the rules, it’s possible that Mormon belief just might allow coffee in the near future. Though there are rumors that coffee may already be “legal” in the Mormon faith, it’s not yet fully established.

While coffee being legalized is a possible future, there’s another reason for it. Mormon faith doesn’t approve of food items that don’t have proven scientific benefits.

Since recent science has proven that coffee has several natural benefits that help the human body and mind, Church authorities can consider it. As a result, the prohibition against coffee just might be removed.

Had fun reading? You’ll love to read our piece on caffeine amount in coffee beans.

As the recent data suggests, Mormons are slowly getting more flexible with their avoidance of coffee. So it’s a possibility this question will become obsolete in a few years, or it could be this year too.

Now you know the secret about why Mormons don’t drink coffee. So share your newfound knowledge, and feel free to flex in front of your friends.

Can Mormons Drink Tea Instead of Drinking Coffee?

Since tea is not allowed and drinks that contain tea leaves as an ingredient, Mormons aren’t allowed to drink tea either.

What Do Mormons Drink Since Consumption of Coffee Is Banned?

Why Is Tea Banned as Part of the “Hot Drinks”?

Tea is a drink generally served hot, so it naturally falls under the category of hot beverages. Plus, tea contains caffeine, which can be a habit-forming drink.

What Do Outsiders Make of the Inconsistencies, Like Having Herbal Tea While Abstaining From Cold Coffee?

Many outsiders who aren’t from the Mormon faith may find the ban of caffeinated drinks a bit inconsistent, but the law of health clearly differentiates and explains the reasons behind the ban and allowance of each drink.

Since Hot Drinks Are Forbidden, Is There Any Chance That Iced Coffee Is Allowed?

Iced coffee is cold, but it’s still a caffeinated drink. So no, iced coffee isn’t allowed as well.

How Much Caffeine Is In Coffee Beans?

Can You Reheat Coffee In A Microwave? : A Long Burning Question Answered