What Is Kona Coffee?

The Island of Hawaii has been producing one of the most exquisite coffees mother nature has to offer, the Kona coffee. Imagine a coffee being so extra fancy that it has its own coffee belt! … 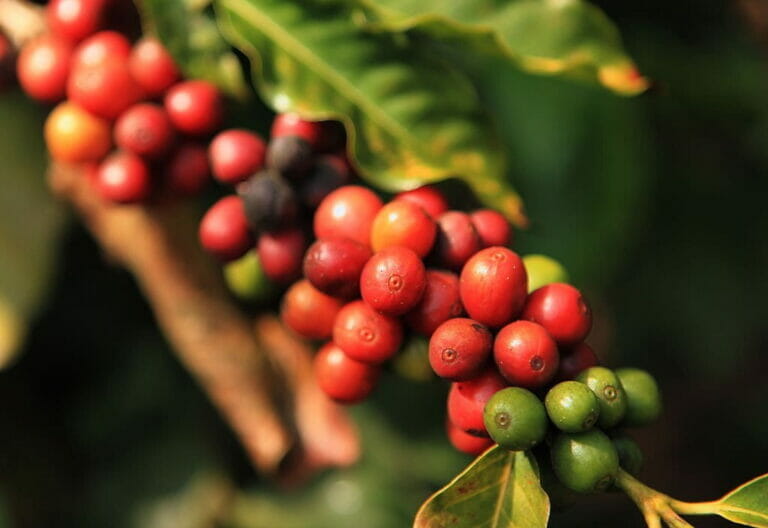 The Island of Hawaii has been producing one of the most exquisite coffees mother nature has to offer, the Kona coffee. Imagine a coffee being so extra fancy that it has its own coffee belt!

Today, we take a look at this fantastic Hawaiian coffee while getting to know the history behind it. By doing so, we can realize what really makes Kona beans so unique and improves the overall coffee-drinking experience.

The Islands of Hawaii were more known for their sugar plantation and farms, and the coffee farms were left at the backburner for more than they should have. But slowly, over the last few decades, coffee has proven to be superior.

Since there are many years to keep track of, let’s break up the timeline into small sections and make it easier for you and us.

Hard times were upon the coffee industry again, and there were several reasons behind it. First, the weather was terrible during these years, and the coffee berry borer pests were wreaking havoc all over the coffee trees, along with a pandemic of coffee leaf rust.

Due to the rough conditions, there was also a lack of labor. There wasn’t enough manpower to keep the production consistent. By 1860, coffee trees had almost gone extinct from the Hawaiian islands.

After finally gaining some decent ground, coffee prices dropped worldwide that year, which made coffee almost vanish from Hawaii for a second time.

During World War I, the coffee market had a high demand for coffee. But during this time, the biggest coffee producer Brazil received a big hit to their production due to a frost.

The frost destroyed almost all of its coffee crops, causing a worldwide coffee shortage. Hawaii came forward to solve some of the supply problems. Their coffee industry was finally seeing the light of positivity.

This was when the Great Depression started, causing the prices of coffee to drop worldwide. The following decade was also a dark age for Hawaii since prices kept dropping to new lows.

During the times of World War II, armies started purchasing coffee again to keep the morales of the soldiers up, causing the prices to go up slowly. When the war was over, the prices were back to normal and more constant, and it assisted Hawaii in recovering.

Hawaii received another boost when Brazil was hit by a second wave of frost back in 1953, which caused another coffee market crash.

Coffee was steadily rising in Hawaii, and each year’s harvests were breaking new records. Coffee was doing so well back then that the tourism industry of Hawaii (which was their primary source of income back then) had to compete with the coffee industry.

The start of this decade was a bit dark, which brought upon the third near-extinction of coffee in Hawaii due to a shortage of labor, along with low costs and high prices.

A new variety of coffee crops came into the coffee game, and more farmers got interested in farming coffee. Kona started being considered “specialty coffee” and gathered a bigger audience.

A statute was passed for Kona blends to be precisely labeled as “10% Kona coffee.”

Want to find other countries that produce coffee? Read out our Top Coffee Producing Countries article.

The “Kona Coffee Belt” is a minimal area that only stretches along 30 miles of coastline.

The coffee beans mainly grow on the Kona district of the Island of Hawaii. The Western volcanic slopes of Hualalai and Mauna Loa are where these beans are grown.

Here are 5 advantages the Kona coffee belt provides to the plants produced in the area, making Kona coffee perfect.

The Kona coffee festival started back in 1970. This annual cultural festival preserves perpetuates and promotes its Exquisite heritage of it.

The festival is an absolute blast for any coffee aficionado, with 10 days full of 50 different events. These events include:

Though regular coffee cherry can cost 2-3 cents per pound for picking, the pricing skyrockets in the case of Kona coffee. The cost of picking it ranges around 75-85 cents for every pound of cherry.

If you’re a buyer who’s planning to buy Kona beans directly from the tree, it’ll cost you $8 per pound, excluding labor.

Once you calculate the expenses for:

Why Is Kona Coffee So Expensive?

A bunch of farmers, retailers, and processors of Kona coffee from Hawaii gathered together. They formed the Kona Coffee Council around the mid-1990s, thanks to Michael Norton’s scam discovered by federal officials from San Francisco.

The main objective of the KKC was to ensure the purity of the Kona itself, in the best interest of the customers, and the coffee growers. KKC also sought legislative protections for the name of the brand.

When you look at the number of quality standards they have, it shouldn’t be surprising that Kona is considered a specialty coffee and one of the world’s most expensive coffee beans. A majority of this cost comes from the production process itself.

The most challenging part of cultivating Kona coffee is the harvest. First, Kona cherries are hand-picked. The method is so selective that farmers will only select the best red cherries from the same trees for a few months to ensure consistency.

Even after the selective harvest, the coffee cherries get separated by size and grades. Kona beans for sale are also beans that get specifically hand-picked to ensure quality.

After picking up pounds of cherry from selected trees and processing them in fermentation tanks, these Hawaiian beans have to go through a highly scrutinizing coffee grading system. In the end, only the best batch of coffee beans gets to the selling table.

Another fairly obvious reason for the price hike is the rarity of the coffee. Kona coffee makes up less than 1% of global coffee production, making the supply lower than the demand for one of the rarest coffees.

Since Kona coffees are a variety of popular Arabica coffee beans, the taste of it is pretty mild. Still, it has a perfect balance of everything, which is the signature of quality coffee.

The tasting notes of Kona coffee that have been grown on the Island will range from brown sugar, milk, chocolate to citrus and fruits. The coffee has a clean mouthfeel, a bright appearance with rich flavors, and a sweet aftertaste, making it one of the most balanced coffees to exist.

There are quite a few methods that you can use to brew Kona coffee, but these two methods are the best way to bring the best out of the delicious coffee from Hawaii.

When you’re using an automatic drip machine with a paper filter, you can find the best flavors of islands coffee on your tongue.

When you brew Kona beans with a drip maker, it keeps the coffee moderately acidic while maintaining a full body and sweetness. If you’re dealing with a lighter roast, brew the coffee with any drip method.

Coffee beans that are low on acid help you get a cup of coffee that has a smooth mouthfeel with a well-rounded body. And the best way to get said coffee is when you use The French Press.

The same goes for Kona coffee. The French press works best with Kona when the coffee has a medium-dark roast. Using a light roast will only get you a mild, sour coffee.

Having Fun? You may also like to read our Coffee Bean Belt article.

The Current State Of The Coffee Industry In Hawaii

Hawaii is the only state in the United States growing and selling coffee on a commercial scale. There have been efforts made before in other states such as California and Florida, but the states lack the ideal coffee growing conditions. In addition, the bad weather spoils the potential of higher production.

In 1999, Hawaii saw peak production of all time, which was 10 million pounds. Crazy, right? But it has come down to 7 million pounds per year. And as always, the real culprit is climate change.

The reason behind this decline is the lesser amount of rain as of recently and the occasional attack of the coffee borer beetles. These tiny insects dig into the coffee cherries and ruin the beans.

100% pure Kona coffee is tough to find since the industry mainly focuses on selling blends of Hawaiian coffees. But no matter the state, you can rest assured that you’ll always find the real deal growing in the volcano slopes and nutrient-rich soils of Hawaii.

Want to grab a cup of coffee? Read out our article how to do coffee cupping at home.

The world’s most exquisite coffee may be a blend, but believe me when I say that pure Kona coffee exists, and coffee drinkers know how to get their hands on it.

Are you thinking of trying out the best Kona blends? If so, have fun!

100% Kona means the coffee is entirely made out of Kona coffee beans, and there’s no blend present in the coffee.

What Type of Bean Is Kona Coffee Made From?

It is made from Kona Typica, a variation of Arabica coffee beans.

What Type of Soil Does Kona Coffee Grow the Best On?

The best growth of it can be seen on volcanic soil, where the coffee tree gets a stable supply of nutrients and minerals.

What Makes Kona Taste So Good?

Since it is grown on volcanic soil, which is high in natural minerals, the coffee beans receive the most nutrition during growing up, and the resulting coffee from those beans always tastes the best.

How Is Kona Coffee Harvested?

It is a coffee that is 100% hand-picked. It makes the harvesting method of it is one of the most rigorous while making sure it stands out compared to an average coffee bean.

How To Make Espresso In French Press?

3 Alternatives To French Press You Should Know