What Is A Breve?

If put simply, Breve or Caffe Breve can be called “The American Latte” since it’s just an American variation of the traditional Italian coffee beverage. Breve uses a shot of Espresso as a base coffee … 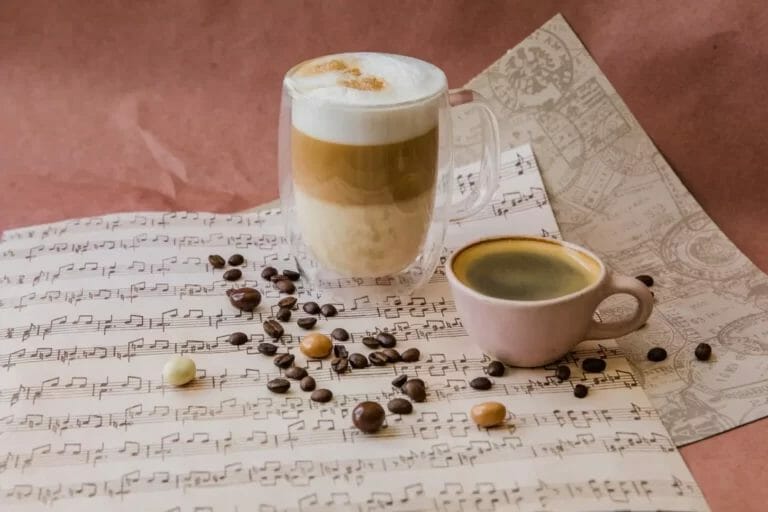 If put simply, Breve or Caffe Breve can be called “The American Latte” since it’s just an American variation of the traditional Italian coffee beverage.

Breve uses a shot of Espresso as a base coffee drink and is mixed with steamed half-and-half instead of steamed milk. The finishing touch is a nice, frothed milk foam that sits pretty on top of the drink.

If you’re a fan of the traditional Latte, you’ll love this one too. But of course, you’re here to know all you can about this drink, along with the recipe. So let’s get to it.

Where The Name And The Drink Came From

Since the coffee drink itself follows an Italian, regular latte, there’s no surprise that the name will be Italian as well. The word “Breve” in Italian means “short .”But this drink isn’t exactly short, since you can get it in many different sizes, almost like Italian Latte.

The Breve Latte received its name because of the nature of its main ingredient, the half-and-half. To clarify your confusion, half-and-half is milk thickened with additives, such as corn syrup or cream. So it’s basically half milk and half additive.

Half-and-half can contain 10-12% of fat content. Though you can’t get it whipped, it’s still a creamy, rich addition to your drink.

So if you take the exact same amount of both kinds of milk and make two different glasses of Espresso drink, the one with half-and-half will look shorter in comparison. Now that you know it, the naming of the drink seems way smarter than before.

The drink originated in the US, and this is where you’ll find it mainly. Caffe Breve is less popular because of the high-fat content per cup. A 16-ounce serving of Breve has more than 600 calories. However, if you consider the same drink with skim milk, it won’t be more than 150 calories.

Fun fact: The football team of Northwestern University had a mandatory Breve-a-day diet for the offensive linemen. With extra calories in their body, every player was considered an immovable object, placed to stop the unstoppable force that was the opposition. But there’s a high chance you’re not going for that.

Considering there are a lot of variations of the classic Latte, the possibilities are endless when it comes to this versatile drink. But here, we’re going to focus on the traditional Caffe Latte and Caffe Breve.

In the case of a Caffe latte, the most common recipe you’ll find is a double shot Espresso mixed with smooth steamed milk and not milk foam.

A standard Latte can contain any kind of milk, but it must be steamed and needs to be smooth.

On the contrary, Caffe Breve needs an equal portion of whole milk and rich cream.

There is no specific rule of steaming or foaming the milk, and use single or double shot as you want. Meaning you don’t need to follow a particular path to get the most out of this brew.

How To Brew Caffe Breve At Home

Of course, you can make this fine caffeinated beverage at home as well. So let’s take a look at the steps.

If you want the most frothy foam from your milk, it’s best to use milk that is straight out of the fridge.

If the milk is warm or even at room temperature, you will not get a constant foam on top of your Breve drink.

And, of course, make sure to choose light roast coffee beans so you can get a decent, sweet cup of coffee.

A thermometer is the best way to keep track of the temperature of your milk when you’re steaming it. Also, a thermometer lets you determine the difference between hot milk and a possible fire hazard.

The best streaming solution for milk is to use a steaming wand. The process is straightforward too!

This is the obvious part. Make Espresso depending on how strong you want it to be. Depending on your desired strength level, you can either use a single shot or a double shot Espresso.

You can use any brewing method you prefer, but it’s best if you use an Espresso machine.

First, use a tablespoon to separate the foam from the milk, allowing the milk to travel to the bottom of your cup. Then, pull the foam in, but remember not to scoop the foam.

Once you’re done, slowly and carefully pour the Espresso into the milk. When a creamy foam starts appearing after the Espresso mixes with the milk, you know you’ve succeeded.

The best way to serve this drink is in a transparent glass mug. Seeing the layers from outside the coffee mug is aesthetically pleasing.

How To Order Breve At Starbucks

I mentioned this since ordering a Breve at Starbucks can get tricky if you don’t have an initial idea. There’s a high chance the coffee shop will not even have this drink listed on their menu board. But you can still order one.

Many coffee places classify the Breve Latte as a modified version of the standard Latte. So when you need to order, just add the word “breve” to the order of your usual Latte.

You can also try doing the same thing for other coffee types to see the outcome. Since you’ll get to enjoy a fine cup of coffee anyway, it’s a win-win situation.

Still nervous that you might mess up the pronunciation while trying to look suave? We got you covered for that too!

The term “breve” is pronounced as “bréve .”When you pronounce the word, you need to stress the first syllable, and the final ‘e’ needs to be more pronounced.

But this pronunciation differs when you take different contexts into consideration. The most common example is when this same word is used in music terminology. In that case, the final ‘e’ is silent.

Is The Breve Latte Good For You?

The calorie count is pretty high for Breve Latte, but that doesn’t mean it’s very high on overall nutrition. So this might not become your favorite coffee just yet.

Breve Latte also has high cholesterol levels, which can cause several health issues. So if you are looking for a healthier coffee option, Breve Latte is not for you.

But if you still wish to savor the taste of a fine cup of Caffe Breve, you can always get yourself this drink as a holiday drink. While drinking it regularly can create problems, occasionally enjoying a fine Breve will not put coffee drinkers in harm’s way.

Had fun reading? You’ll love to read our piece on what is mushroom coffee.

As you can see, you can make this creamy coffee drink at home too! So, what are you waiting for? Grab yourself a cup or two, and enjoy this delightful treat. A cup or two of a high-calorie morning coffee never hurt anyone. Enjoy your Breve Latte.

Is Breve Latte Considered a Type of Latte or a Type of Espresso?

Breve Latte, as the name suggests, is a type of Latte.

How to Order Breve From a Coffee Shop?

To order a Breve latte, you have to order a traditional latte and mention Breve when ordering the drink. The coffee shop menu may not have the drink listed, but you can always try ordering and see if it’s available.

What Exactly Is Half-And-Half, and Is It Good for You?

Half-and-half is milk mixed with additives such as heavy cream or flavored syrup that thickens the texture of the milk and increases the creamy feeling. Using half-and-half instead of milk gets you the desired layer of foam. And creamy milk is always good.

How to Properly Froth Milk?

The best way to froth milk is to take ice-cold milk and steam it using a steam wand. Iced half-and-half instead of whole milk is the best way to create a layer of milk foam on top of your Breve coffee.

How Many Shots of Espresso Are in a Breve Coffee?

What Is Mushroom Coffee (Mushrooms In Coffee)?

What is Unfiltered Coffee? (Coffee Without Filter Explained)